I love the Snow in Truckee! Few things are prettier than the scenery after a storm when the sun comes out. The snow in Truckee and the Lake Tahoe snow is what makes the area a world wide winter vacation destination, and kicks off the Truckee Winter Activities that the area is famous for. 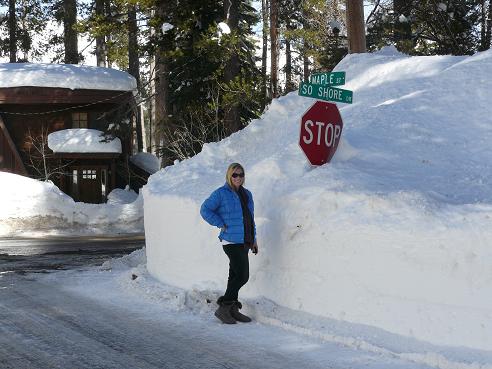 My friend Becky, outside her cabin at Donner Lake in February, 2010. This will give you an idea of what it looks like during a Winter in Truckee.

Here are some fun facts about Truckee Snow:

The Video below is of the first major storm of the 09/10 season. Locations in downtown Truckee during the storm, and on the Legacy Trail the next day.

Per The Weather Channel, here is the average month to month snowfall in Truckee:

Skiers and Snowboarders know that not all snow is the same! In the early 1900's skiers created their own vocabulary to describe the various types of snow.

The most coveted type is "Pow Pow" or just "Pow" which is the fresh powder snow, which is actually a soft, fluffy type of snow. Skiers and Snowboarders in the Truckee and Lake Tahoe area love to be the first one down the Ski Resort runs after a fresh snow.


Oh the weather outside is frightful,
But the fire is so delightful,
And since we've no place to go,
Let It Snow (x3).

It doesn't show signs of stopping,
And I've bought some corn for popping,
The lights are turned way down low,
Let It Snow (x3).


When we finally kiss goodnight,
How I'll hate going out in the storm.
But if you'll really hold me tight,
All the way home I'll be warm.

The fire is slowly dying,
And, my dear, we're still good-bying,
But as long as you love me so,
Let It Snow (x3).

Snow Reports at the Ski Resorts

Check out the Snow Reports at the Truckee and Lake Tahoe Ski Resorts. 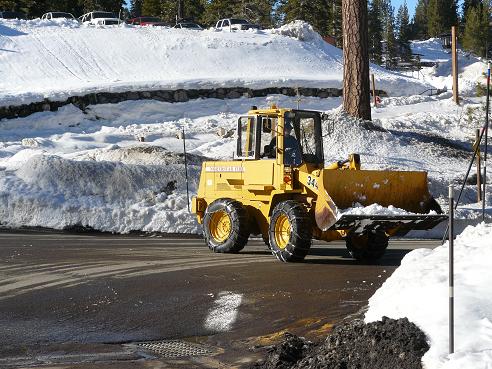 
Snow Removal in Truckee consists of a combination of:


A separate page on the Truckee Travel Guide website will be provided with this information. 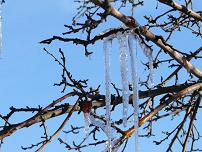 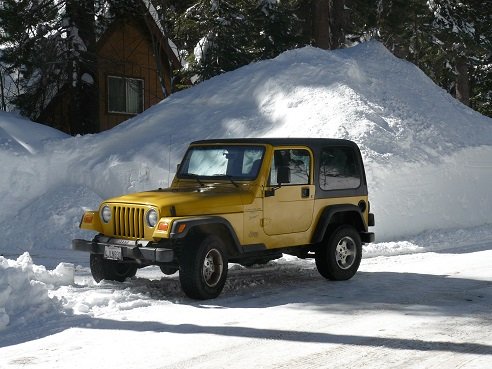