Ski Resorts are adding fantastic Terrain Parks to their resorts, that get better year by year. Terrain Parks are specially designed areas constructed for freestyle riders to perform their tricks, jumps, and spins. 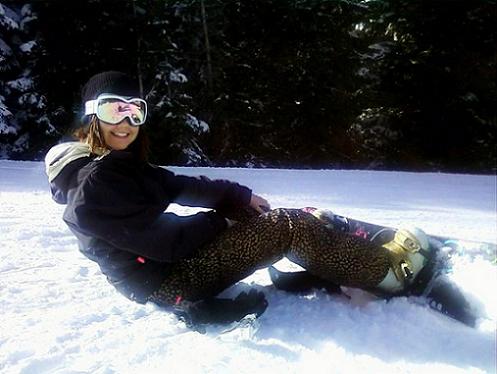 My daughter Brie's friend, Tiffany Watts taking a break on the slopes.

Tiffany was featured on my Hot Air Ballooning page, and was the June 2011 Photo Contest Winner for one of her photo's of Lake Tahoe and Cascade Lake from a Hot Air Balloon.

Be sure to check out my Discounted Lift Tickets page for some great deals!!

For information on all the Truckee & Lake Tahoe Ski Resorts, please see my Ski Resort page.

This page will be a work in progress, as I find additional information to add.

According to Wikipedia...Snowboarding is a sport that involves descending a slope that is covered with snow on a snowboard attached to a rider's feet using a special boot set onto mounted binding. The development of the sport was inspired by skateboarding, sledding, surfing and skiing. It was developed in the U.S.A. in the 1960s and the 1970s and became a Winter Olympic Sport in 1998. 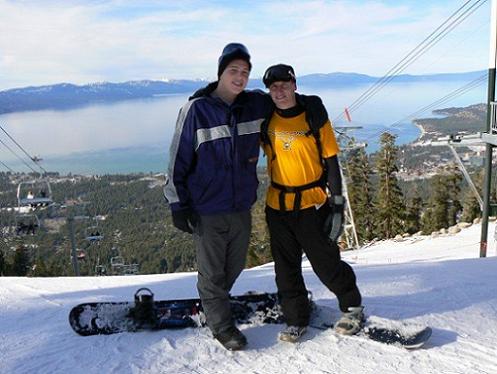 My son Ryan's friend Dan McCready (yellow shirt) snowboarding with a friend at Heavenly Valley during the 2006-07 Season. Photo used with his permission.

Dan was the Truckee Travel Guide August 2011 Photo Contest Winner for his picture of him standing next to a Warning Sign at Heavenly Valley. I've also used a couple of Dan's photo's on my Paintball page that are awesome!!

Snowboarding and Skiing are similar in that they are both downhill winter activities, but they use different equipment as well as some other differences.

Additional information will be provided shortly on the following:

Please check out these recommended resources for additional information. The first option, Tahoe Snowboard Magazine is specific to the Truckee/Tahoe area!:

Plan ahead and buy your Winter Ski Lift Tickets in advance for the best prices! 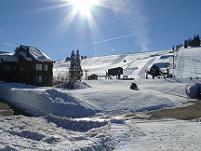 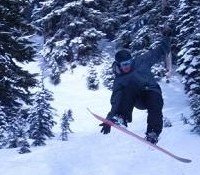