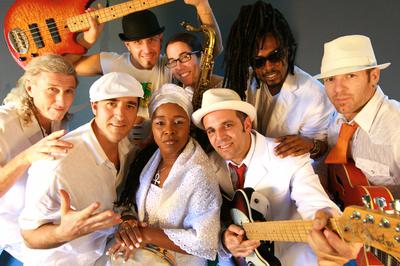 Acclaimed performers from Los Angeles, Santa Cruz, the San Francisco Bay Area and Reno Tahoe region will grace the stage as the sun goes down during Trails and Vistas World Concert at the Theatre at Sand Harbor State Park on the east shore of Lake Tahoe on Sept. 6, 2014.

Highlights include SambaDá, “the West Coast’s hottest Brazilian band” and Scarlet Rivera who is known for her solo work as well as performances with Bob Dylan, Tracy Chapman and the Indigo Girls. And, based on outstanding reviews, flutist Ann Licater and the thirty-piece San Jose State University Symphony Orchestra will return to Lake Tahoe for this year’s Trails and Vistas World Concert. SambaDá playfully blends funk, reggae and salsa for a beat that brings audiences to their feet with high-energy percussion and danceable grooves during a visually dynamic show.

"Ann Licater’s music is soft and yet overpowering, it reaches the depth of my being and awakens the spirit inside of me,” shares peace activist Ela Gandhi. Licater, a world flutist who finds inspiration and inspires others with Native American flute, discovered her passion at a powwow, where she purchased the first of many Native American and world flutes.

Weaving pop melodies, world instrumentation and chanting from indigenous cultures, Emily Tessmer will create a universe of emotion ideal for reaching higher levels of consciousness, and there will be folk music by Kurt Beckering.

Described as magical, diverse and inspiring, the World Concert is a fundraiser for Trails & Vistas, a Truckee, CA nonprofit organization that produces creative art experiences in nature. This year Trails & Vistas will present art hikes at Spooner Lake on Sept. 6 and 7, 2014 as well as Art in Nature field trips for more than 300 third grade students.