I had never even heard of a "Marmot" until we moved to Truckee, California in 1995. I first became aware of them, when we moved out to Glenshire, and after passing the Glenshire Store, we saw a street sign that said "Marmot Crossing". Curious.....we pretty much staked out the area, until we saw Marmots running out from the nearby rock pile.

I drove by the Glenshire Store recently to get a picture of the street sign, but unfortunately it was no longer there. 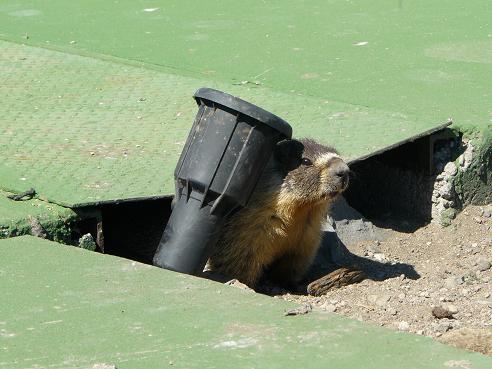 It then proceeded to run down into an underground area between the two tennis courts and stuck its head out and proceeded to play "Peek-A-Boo" with me. Over and over again, it would hide and then pop it's head out and look around to see if I was still watching him.  He was very curious about me! 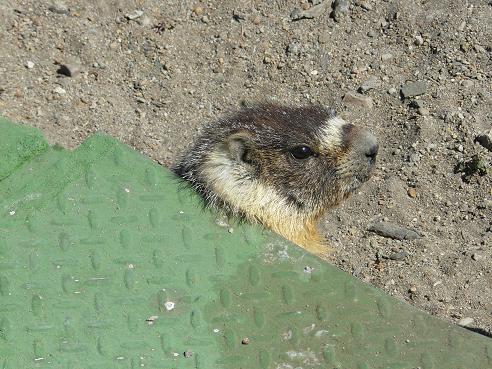 They were so cute, I stayed and watched them for some time, while they ran around on the rocks and tennis courts. At one point, I saw two of them both stand on their hind legs and start fighting with each other. 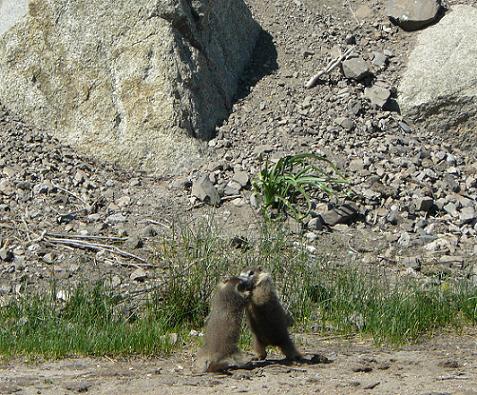 What Exactly are Marmots?

According to Wikipedia, marmots are a genus, Marmota, of squirrels. There are 14 species in this genus.

Marmots are generally large ground squirrels. Those most often referred to as marmots tend to live in mountainous areas such as the Alps, northern Apennines, Eurasian steppes, Carpathians, Tatras, and Pyrenees in Europe and northwestern Asia; the Rocky Mountains, Black Hills, Cascades, and Sierra Nevada in North America; and the Deosai Plateau in Pakistan and Ladakh in India.

Marmots typically live in burrows (often within rockpiles, particularly in the case of the Yellow-bellied marmot), and hibernate there through the winter. Most marmots are highly social, and use loud whistles to communicate with one another, especially when alarmed.

What do Marmots eat? 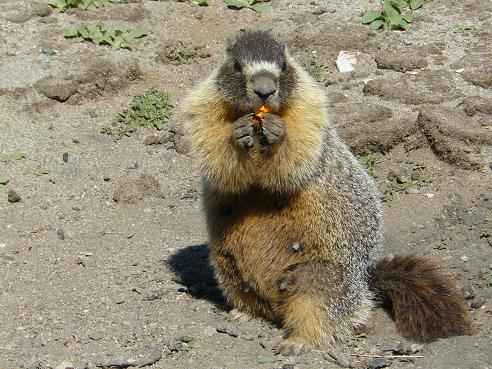 ....and in the case of what appears to be a Yellow-bellied marmot of High Camp, Squaw Valley, they eat the Orange Paintball pellets from the nearby Paintball area. Ugh....that can't be good for them???

Marmots in Mineral King, an area of Sequoia National Park, in California appear to be addicted to car antifreeze and 20-40 cars a year are damaged!!

Some Fun Facts about Marmots! 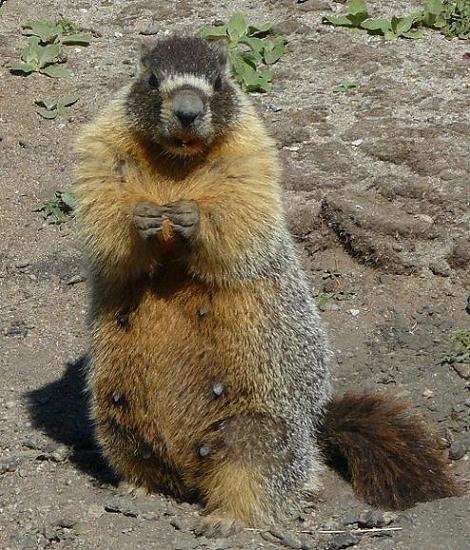 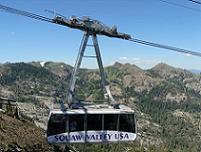 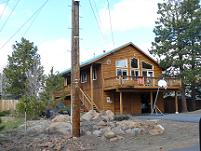 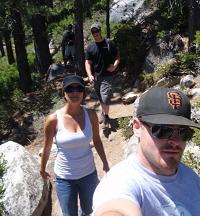 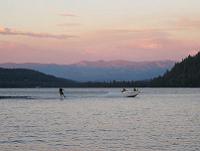